Photoinitiators are molecules that absorb photons upon irradiation with light and form reactive species out of the excited state, which initiate consecutive reactions. The initiating species may be radicals, cations, or anions. Almost all radical photoinitiators contain the benzoyl (phenyl-CO-) structural element. The two most important classes are the type I and type II photoinitiators.

Type I photoinitiators have lower bond dissociation energy than excitation energy of the reactive excited state. They ensure sufficiently high and thermal stability for a photochemical reaction. Another feature of a type I photoinitiator is high rates of cleavage and short excited state lifetimes, to race with bimolecular quenching and lastly influently initiation by the photogenerated free radicals. Benzoin and derivatives, benzil ketals, acetophenones, aminoalkyl phenones, O-acyl-α-oximino ketones, α-hydroxyalkyl ketones, and acyphosphine oxides are good examples for type I photoinitiators.

Thioxanthone (TX) and its derivatives are some of the most widely used type II photoinitiators in various UV curing applications because of their excellent light absorption characteristics.

Our group has mainly focused on synthesizing the thioxanthone derivative photoinitiators that can be used in different applications such as nanocomposite coating, dental curing, drug delivery, food packacing, etc.

The thioxantone derivative photoinitiators synthesized for the first time by our group are given below. You can reach the relevant publication by clicking on each photoinitiator figures. 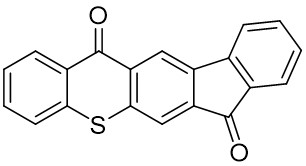 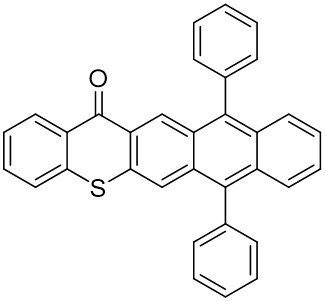 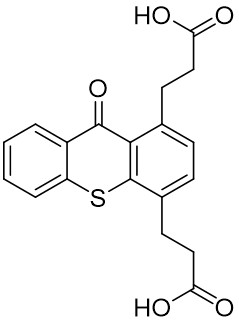